Where were you 19 years ago?

Today is the 19th anniversary of the Tienanmen Square Massacre. It was the violent, bloody end of the Democracy Movement that started at Peking University on April 15, 1989.

I was in Hong Kong, serving as a Journeyman for the IMB. I was watching it unfold on TV. In the days to follow, there were violent protests in Hong Kong and everyone was afraid that China was going to come roaring through Lion Rock Tunnel in their tanks to go ahead and take HK back.

Today, it seems, it is mostly forgotten, at least by western media. No one under the age of 25 in China knows anything at all about it. It is a forbidden to teach about it and talk about it.

I was in Tienanmen Square exactly one year after the Democracy Movement started. Tensions were high. I wasn't supposed to be taking pictures, but I did anyway. I'm glad I did, too, because all evidence of the military operation by the PLA have been removed. 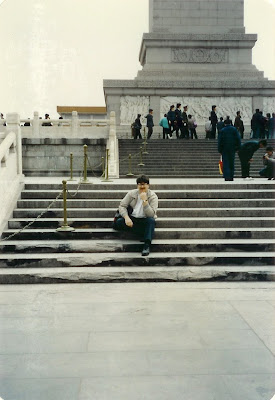 Here is where the Chinese tanks rolled up on the steps (and presumably the protesters, too) 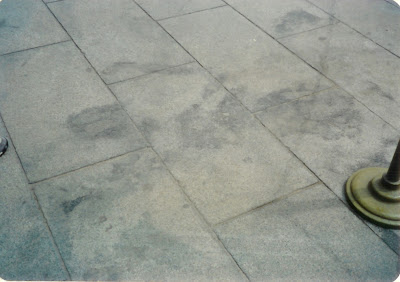 Here, you can see the outline of a burned body, still visible in the marble after one year. 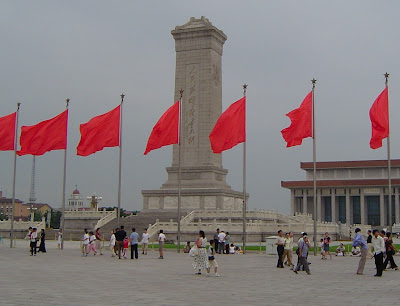 This is how the monument looked in 2004. You aren't even allowed to climb the steps and there is a now a grassy area around it.
Posted by Rick Boyne at 11:53 AM