Gabby Giffords Is a Hypocrite

I feel bad for Gabby Giffords being shot in the head. I don't wish violence on anyone.

But yesterday's emotional demonstration for the Senate only highlighted how much of a hypocrite Gabby Giffords is.

Evidently, she is supports more gun control because it has directly effected her, but ignores the FACT that more children are killed by abortion EACH DAY than are killed in America in an ENTIRE YEAR.

According to the website http://www.ontheissues.org/house/gabby_giffords.htm  here is Former Representative Giffords stand on abortion:


There is really no other explanation for this disparity than to conclude that Gabby Giffords is a hypocrite when it comes to protecting children.

Her plea in front of the Senate Hearing yesterday was a pathetic publicity stunt by those who wish to strip Americans of their Second Amendment rights.

Remember, the gun control debate isn't about protecting children or reducing crime; it's about control. You must ask yourself why Congress keeps exempting themselves from any new gun legislation; why do they want an unarmed citizenry?

Posted by Rick Boyne at 8:50 AM No comments: 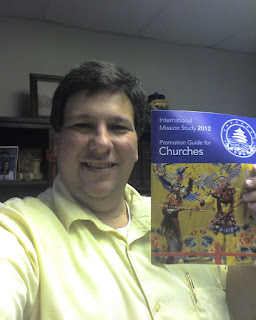 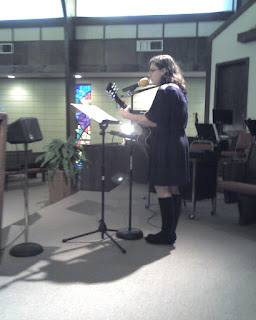 Here is my Sunday morning message, "Flirting with Darkness" based on James 1:12-16:

A car in the garage! 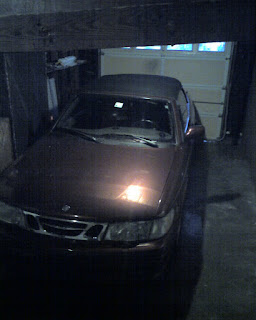 Posted by Rick Boyne at 5:43 PM No comments:

Huge crowd at the MLK parade 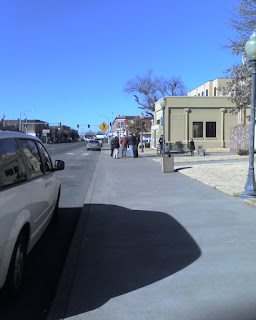 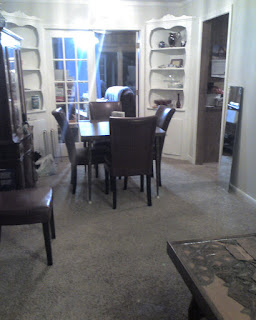 Posted by Rick Boyne at 6:23 PM No comments:

The den is coming together 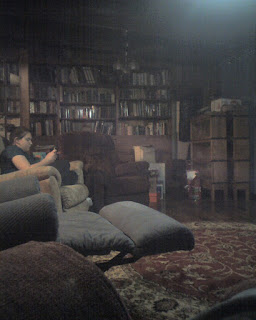 Posted by Rick Boyne at 6:25 PM No comments: 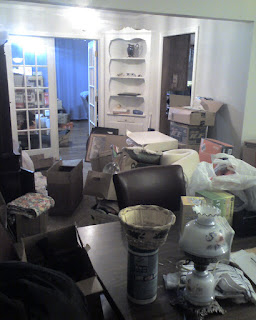 Posted by Rick Boyne at 8:14 PM No comments: 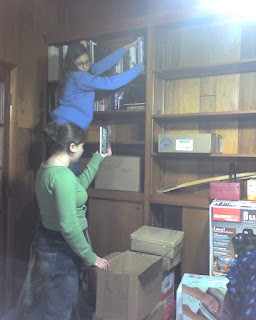 Posted by Rick Boyne at 9:37 PM No comments: 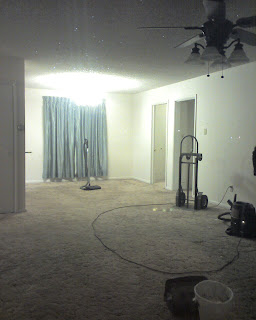 Posted by Rick Boyne at 6:47 PM No comments:

Here is my Sunday morning message, "Dichotomy of Life" based on 1 Corinthians 10:23-31: 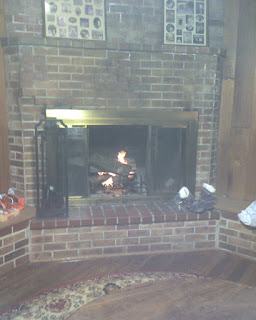 Posted by Rick Boyne at 4:48 PM No comments: 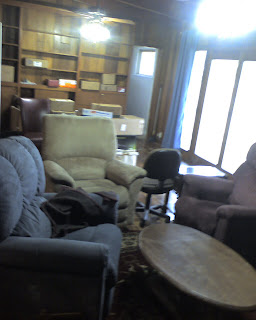 Top down in January! 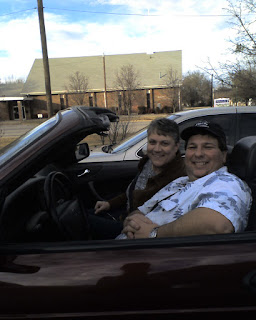 Posted by Rick Boyne at 8:08 AM No comments:

Here is my Sunday evening sermon, "Longing for Sodom" based on Genesis 18 & 19:

Here is my Sunday morning sermon, "Epiphany" based on Matthew 2:1-12:

Busy day at the food pantry! 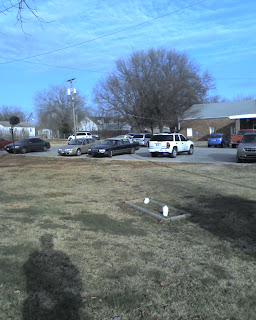 Posted by Rick Boyne at 9:18 AM No comments:

The Emotion of Gun Control

I understand the emotion of those who desire more gun control. After watching media reports of mass shootings, often correctly called massacres, there is great emotion to control what happened. 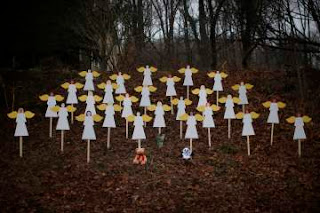 Unfortunately, emotion gets in the way of rational thought and media attention promotes irrational thinking.

We've heard the old adage, "guns don't kill people; people kill people."  Well, as hard as it is for gun control evangelists to understand or believe, this old adage is actually true.

I have been a gun owner since I was twelve years old. My guns have only killed rabbits, squirrels, birds, and a few unfortunate tin cans that happened to be laying around.  Never have my guns been pointed at anyone and never once have they killed anyone. 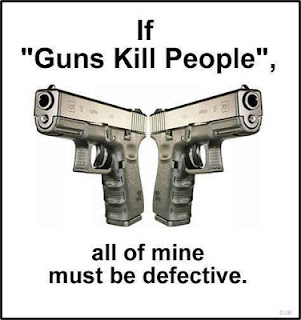 Well, that may not be entirely true. I inherited a 10 gauge shotgun (which doesn't work any longer) which has the family history of possibly having killed a horse thief prior to the American Civil War, but there is no way to substantiate that claim.

Nevertheless, as an American, I am guaranteed the right to own firearms. The 2nd Amendment of the United States Constitution provides every citizen with this right. The British host of  CNN's Piers Morgan Live, Piers Morgan, incorrectly claimed on his Twitter account: “The 2nd amendment was devised with muskets in mind, not high-powered handguns & assault rifles. Fact.” 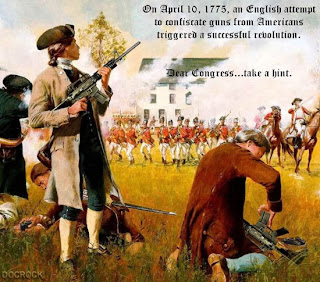 This kind of thought is dangerous to the well being of Americans and the survivability of the US Constitution.  Oh yeah, it was all a result of a revolt against tyrannic rulers from England, Maybe that's why Morgan thinks it should only be muskets and seeks to undermine our Constitution.

Again, more emotion. Gun control advocates want to do something, but they just don't know WHAT to do. So instead of thoughtful resolution, they go after emotional issues. 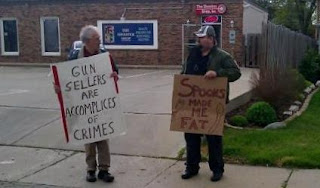 Who is really behind the gun control movement? Yes, you have all kinds of liberals who have jumped on the band wagon, but who is driving the wagon? 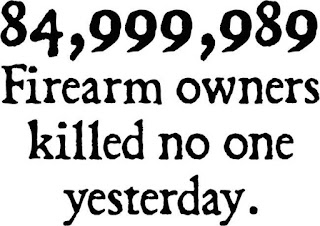 I believe it to be those who wish to destroy America as we know it. Those who desire a dis-armed population that they can control, or dispose of, without resistance.  History has shown this an effective population control method of other countries.

In America, we have the 2nd Amendment to protect Americans from those who would attempt to control us like Hitler, Stalin, or Mao. 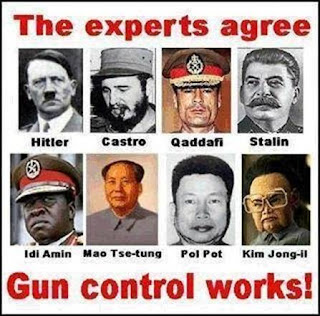 Unfortunately, many well-meaning people have bought into the idea that if you control who has guns, you can control crime and prevent massacres.

Ask those who died in the Murrah Federal Building or the World Trade Center how many guns were used in those massacres. 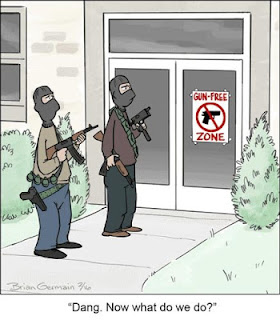 And don't forget about Chicago. Chicago has the toughest gun control laws in  America and the highest homicide rate in America?

Coincidence?  I don't think so. 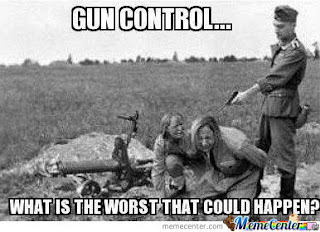 Posted by Rick Boyne at 9:10 AM No comments:

Here is my Sunday evening message, "Faith in Jesus" based on Hebrews 11:

Posted by Rick Boyne at 1:07 PM No comments: 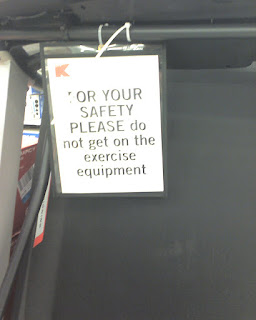 Here is my Sunday morning sermon, "Avoiding the Spiritual Cliff" based on Hebrews 10:21-32: 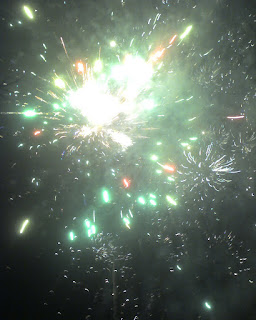