We had the privilege of attending the Appointment Service for New Missionaries of the International Mission Board last Friday evening at Southern Hills Baptist Church in Oklahoma City. We attended to watch some friends get appointed.

Jerry Rankin, President of the IMB, gave a most stirring charge to the new missionaries and to those who were in attendance. Paul Chitwood, Chairman of the Board of Trustees gave a rousing report of the work of the IMB, and Anthony Jordan, President of the Baptist General Convention of Oklahoma gave the final prayer. We also got to see some other friends who are now back in Oklahoma.

If you ever get an opportunity to attend an appointment service, I highly recommend it. It is uplifting and encouraging; challenging and convicting. 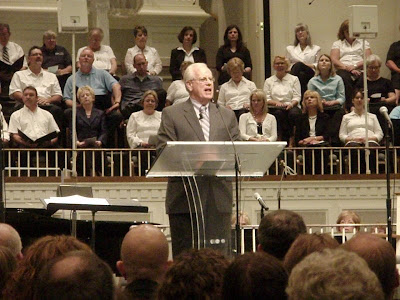 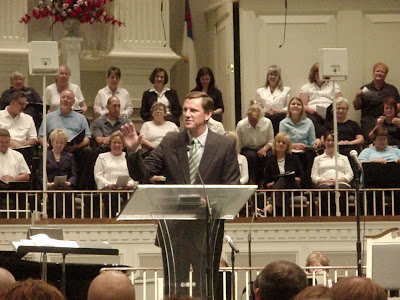 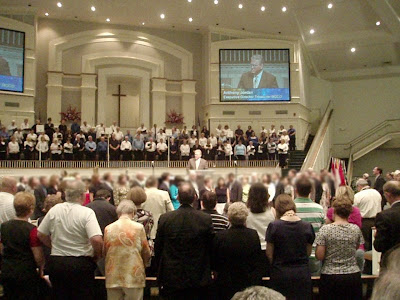 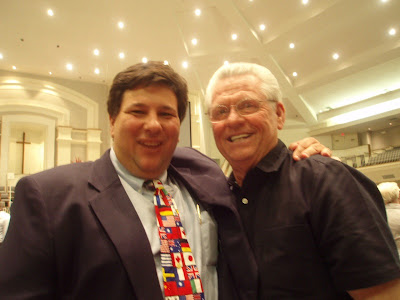 Sorry, Shannon, the one picture I took of you with the girls was too blurry for publishing.. :-(
Posted by Rick Boyne at 9:41 AM

How sad :( I should have taken one with my camera too. It was so wonderful to see you guys. Can't wait until the next time!

What really blows my mind is that some of the people at that appointment service are "kids" I taught in Sunday School when they were young - and now they are well on their way to sharing with the big world!