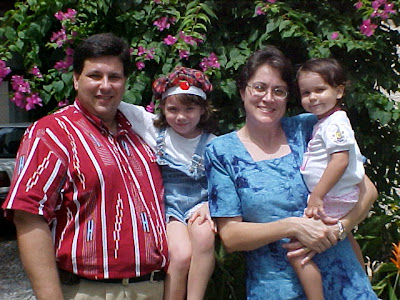 We moved to Abidjan, Cote d'Ivoire (Ivory Coast) in October 2000. It was less than a year after a coup d'etat. Political unrest was evident, but life was pretty good there. There was electricity nearly 24/7, running water, and delivery pizza! We lived about 200 ft. from the ocean, well, the smelly lagoon, really. We operated the regional guesthouse for West Africa. While we had some definite hardships (armed robbers with machine guns), we desparately miss Abidjan. We left for furlough (STAS) in August 2002 and a civil war began in September. We felt a release from our position, so we started looking elsewhere. We were disappointed the leadership at that time wouldn't work with us to stay in West Africa, but God provided a new opportunity on a new continent.

Some of my favorite things that I miss about the Ivory Coast are:
Many evenings around our table, we talk about Africa. My younger was born there. West Africa has changed us forever. We still aren't "over" it. It was hard. It was fun. It was beautiful. We learned so much about God and about ourselves. We miss Africa. 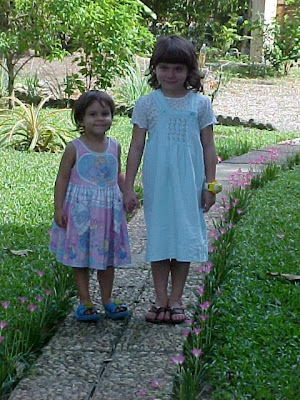 Emily and Audrey with the Rain Lillies.
Posted by Rick Boyne at 1:59 PM

Those girls are precious. The flowers, beautiful. I can tell a piece of your heart is RIGHT THERE in that spot.

Come on back anytime, Rick! For a visit or to stay!