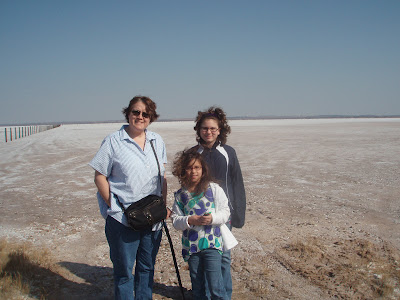 The winds sweeps along the Salt Plains!
Most people do not know about this peculiar geological feature in Oklahoma. In fact, many Oklahomans do not realize this is in our great State. I was introduced to the Salt Plains back in the 1970's when my Boy Scout Troop went there to dig for Selenite crystals. In fact, this is the only place in the world where this "Hour-glass Selenite" can be found and people come from all over the world to dig for crystals there. 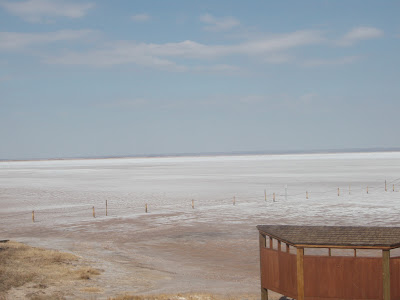 This isn't snow; it's salt.
In 2007, a Boy Scout uncovered 7.5 inch WWII military vials that contained substances such as mustard gas. Digging for crystals has been suspended until they can figure out what to do about it. Because of the vials, the park is completely closed, but the observation area is still open. 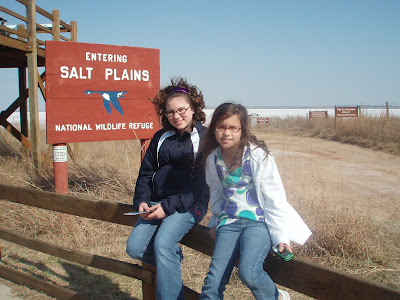 I found this on Google Earth. No one has 'attached' any photos of it so maybe you could. I don't know how - sorry. I also found the Mansion and Pioneer woman statue on G. E.