How to Leave a Church the WRONG Way

DISCLAIMER: I have NOT written this post with any individual or incident in mind; it is a general observation only!

Here's how to leave a church the WRONG way: 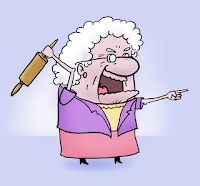 I, personally, have left 13 churches in the past nearly 50 years. Only one of them was over a disagreement (theological in nature), and that's when I changed denominations to become Southern Baptist. (during college) The rest were because I moved away.  Even when I didn't like the pastor or when I had disagreements with other members, I never once considered leaving.

I have not experienced each of the above scenarios, but I have been on the receiving end of several. 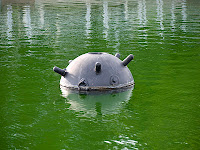 From a pastor's point of view, it isn't fun. Not fun at all.

Pastors take a hard rap for everything that goes wrong in the church. Quite frankly, it's like trying to herd cats. With a few bobcats thrown in for excitement.

Believe it or not, but pastors are NOT perfect. I know a few of them THINK they are, but they aren't. Most of us are WELL acquainted with the fact that we are indeed fallible. We make bad decisions. We make decisions on what we believe to be God's will for the church as a whole.  We make people mad by not giving into their silly whims or even sillier arguments.  We make people mad by not kowtowing to their every beck and call.  And God FORBID that you don't go visit someone in the hospital or miss greeting them at church!

Undoubtedly, this post will upset some people. Some people will immediately think I've written it about them.  Well, I haven't..

Part of the problem with people getting mad and leaving a church has to do with the fact that they've lost their focus. They start believing church is for them and about them, instead of having anything to do with serving God and serving others. 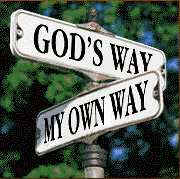 There is, indeed, a time to leave a church. I certainly understand this. There is a proper way to leave a church, too. Don't burn bridges! You never know when you just might need your church family, especially if you haven't found a new church to attend.

Can you add any more wrong ways to leave a church?
Posted by Rick Boyne at 3:15 PM