Approximately 2010 years ago, a young couple waited for the birth of a child.  The man knew it wasn't his; the woman knew she had been with no man.  The child born was special.

Shortly after His birth, a messenger of God appeared to some shepherds watching their flocks out in the fields.  He told them about the baby and that it was actually the Savior of the world.  As soon as the announcement was made, all the host of Heaven began to praise God and declare it was God's peace offering toward mankind. 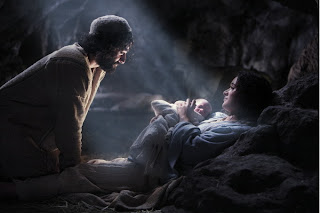 They decided to go see for themselves and sure enough, they found the baby, just like the angel had described.  Their arrival and message surprised the young couple and anyone else who was around.

Thirty-three years or so later, this baby, now a full grown man, willingly gave Himself as a sacrifice to reconcile mankind to God. 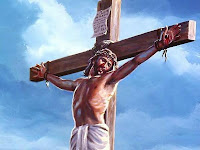 While we celebrate His birth today by giving gifts to one another, God's great gift to us is forgiveness and eternal life.  This gift doesn't cost you anything; Jesus paid for it in His death.  The only catch is that you must actually receive this gift.  It is offered to all, but given only to those who believe.


Merry Christmas!
Posted by Rick Boyne at 1:00 AM