Something is weird.  Something is out of place.  And it looks like too many of us have our heads in the sand.

Do you ever recall a time, ever, that we had so many questions about a current American president?

Why is this so hard?

Why are there so many questions?

I don't think it's a race thing; too many conservative African Americans don't like what he's doing.

I don't think it's a partisan thing; too many Democrats don't like what he's doing.

The weird thing is how many people who call themselves Christians do like what he's doing and get offended if anyone dares says anything about him or questions his origins or intentions.

I'm not perfect, nor do I claim to be.  I have made many, many mistakes in my forty some years on this earth and have embarrassed my Savior and my God more times than I care to admit.  I, unfortunately, have my own idols that I struggle against, but, to the best of my knowledge, have never, ever, been mistaken as a follower of another god or another religion.

Nor has anyone regarded me as "America's Messiah."

At best, I am barely tolerant of other world religions; I am jealous for my God and I believe that there is salvation in Jesus alone.

No president is perfect; just bring up Bill Clinton or George W. Bush and we'll have plenty of things to groan about.  It is completely embarrassing that Bill Clinton was Southern Baptist while in office.

I also THINK I understand how hard it is to balance personal beliefs with public political office.  Personally, I wouldn't want to be in that position, for I would be tempted to compromise my beliefs to make political gains.

However, something is still wrong.

Obama has way too many personal ties to Islam and has "accidentally" spoken about his "Muslim faith" too many times to be truly an accident. 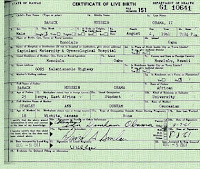 Michelle Obama spoke about going to Kenya, the land of Obama's birth.

The Kenyan Parliament applauded the US people for electing a Kenyan national as president of the US.  The official minutes from that day's proceedings have been purged from internet history.

Kenyan hotels will arrange excursions to the village of Obama's birth and are excited and proud to do so.

There are simply too many inconsistencies around the Hawaii birth certificate situation.  Personally, I believe there is a conspiracy to defraud.

I've learned that Muslims participating in Jihad are allowed to deny their loyalty to Allah if in the process of Jihad; they can even deny being Muslim. 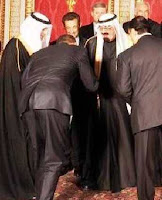 I find it extremely interesting that Michelle won't travel with Obama when he goes to Arab countries.

I find it extremely disturbing that he bows to foreign kings.

I find it bizarre that he was awarded the Nobel Peace Prize within two weeks or so of his inauguration.

I find it strange that he is heralded as such a great speaker, but actually stammers when he talks. (and apparently can't without a teleprompter)

I am extremely concerned with his ties to ACORN. (and other dubious characters)


So, what's all this about?

Undoubtedly, some will call me a hater.  Some will accuse me of criticism without praying.  Some will even go so far as to challenge my spirituality by questioning my authority.  Some may even call me a racist.

To them I say: No, I am not a hater.  Nor am I a racist.  I don't hate Obama. I do actually pray for him, especially that he would be surrounded by Godly advisers and that if he is indeed a Christian, that he would be led by the Holy Spirit (and for salvation if he is not.)  I don't care what ethnicity our president is, as long as he is actually an American.

I bring all this up because I don't know what is going on and I think someone is trying to pull the wool over my eyes.

I stand opposed to Obama's policies; I think he's trying to destroy our republic with debt and entitlements.  I think he's destroying the fabric of our culture with his policies on abortion, homosexuality, marriage, and morality.  I think his socialist political agenda threatens our future, our security, and our very existence as a country.

I think this matter transcends partisan politics; I think it is a moral issue.  I think that if America re-elects Obama, we have simply laid down and will let America die.  It's a case of "fool me once, shame on you; fool me twice, shame on me."

May God continue to bless America by withholding his hand of wrath from us.  May He continue to show us mercy that we might repent of our evil ways, turn from our sin, and seek His face.