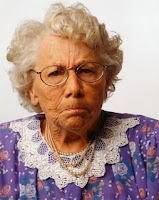 1 : one designated as the agent of another : representative
2 : a secret agent

Yesterday, a retired pastor was telling me about how he believes every church has a Devil's Emissary; an unregenerate member of the church sent there to cause problems, dissensions, and grief. He told me, that while it would be wildly unpopular, the best thing to do, since they are unregenerate, would be to ask the congregation to look around, identify the Devil's Emissary, and tell them to leave the church!

He said that tongue-in-cheek, but I think he was wishing he would have/could have done that in the churches he pastored.

He said that the church probably already knows who it is, yet continues to allow them to function as that source of contention for fear of hurting their feelings.

He said, that while it would be painful, in the long run, it could be the best thing that could happen in the life of a church.

What do you think?
Posted by Rick Boyne at 1:54 PM

How did you pick out the one from your church so quickly? YOu even got bold enough to publish her picture. What is your secret? On the post: agree but like he said it would certainly be painful. A little pruning is good but I prefer to allow God to do that.

Well, I'm certainly not advocating that we do this sort of thing, but I am interested to see what others think about it.

I think it would definitely send a clear message; but not so clear on exactly what that message might say...

So he says there's only one? I thought there were a lot more than one. :)

Indeed great article, by the way I wish to share this. I love to go to church but sometimes it is not possible for me to visit church but our church has software by which I can be in touch with them anywhere, anytime. It is really wonderful to get in touch with church & other member. I think our church use Congregation Builder’s church management software .