After 10 days in Thailand, we are back safely at home in Hong Kong. We had a delightfully uneventful trip, despite our bus being 30 minutes late to pick us up. But we made it in plenty of time to the empty warehouse that is the new Bangkok airport. 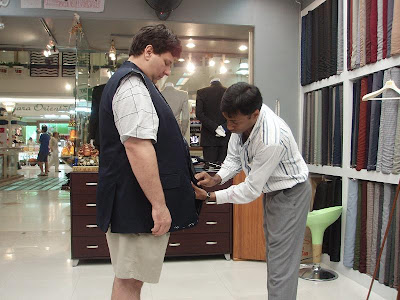 Something fun that happened while we were there was I got measured for a new suit. I haven't had a new suit since Sally and I got married, so we figured it was about time. I got a new black suit, a blue sports coat, 3 new shirts and 3 new silk ties. Pretty snazzy. I'll take a picture when I have it on later. 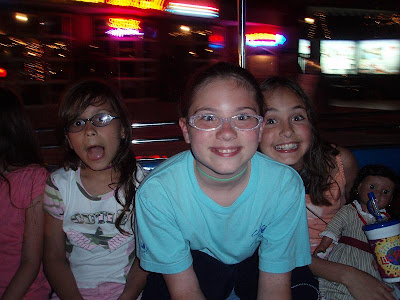 This is also the first year that I have been in Pattaya without a vehicle. I didn't like it at all. Thankfully, my colleagues who had a vehicle were generous and we were able to borrow a car every now and again, mostly because I still have a Thai driver's license. There were many times, however, when we had to use local transportation called a song taew. I'm not real sure of how to spell it, but I think that is close. In any case, the kids like it because basically, it is a pick up truck with a camper shell on the back, open on the sides with two benches to sit on. They used to ride one to school each day when we lived in Thailand, but I hate to bargain with the driver as a tourist.
At the very least, I brought my new coffee press cup with me and had Starbuck's House Blend to carry me through.
I'm glad to be home, but that means we have to start packing again tomorrow.
Posted by Rick Boyne at 6:31 AM