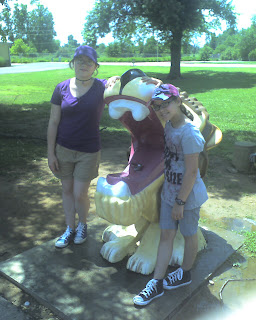 Today, we went to the Tulsa Zoo.  We had a great time.  The weather was with us and it was absolutely beautiful.  I took this picture of the girls at the lion's head water fountain.  This is the same lion's head that my sister and I drank from when we were kids.  It is really cool that my kids get to share the same thing.

At the tiger exhibit, there were two youngish tigers.  They actually played like kittens.  One was lounging in the grass and rubbing its head when the other one snuck up on it and "attacked" it.  It then chased it around the entire arena.  They calmed down and one got in the water to cool off.  The other one laid down at the edge of the water and the one in the water started sneaking up on it.  The one outside, saw it coming and backed up, with its ears lowered.  The one in the water sprung from the pool and chased it around.  It was the single best  tiger experience I've ever witnessed.  It was truly great! 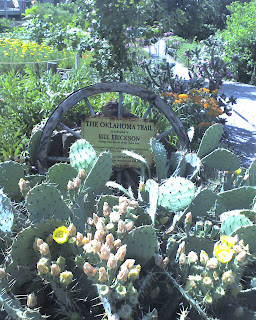 After the zoo, we went to Schlotzsky's for lunch and to another shop or two to get some stuff we needed.  We had a great day!
Posted by Rick Boyne at 9:42 PM