The ceremony started a few moments after 10 am.  The general of the local VFW had us salute the flag and led in the Pledge of Allegiance.

A retired pastor, also a veteran, led an opening prayer and wasn't ashamed nor afraid to pray "in Jesus' Name." 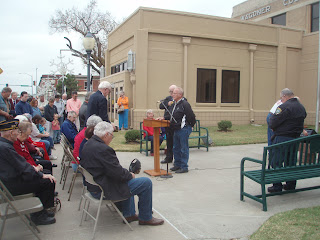 Several people, including the Blue Star Mothers, gave speeches honoring our veterans.  The Wagoner Chief of Police, Terry Hornbuckle, gave an impromptu speech after he had already said what he planned to say.  It was the most heart touching of any of the prepared speeches. 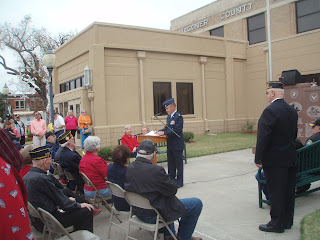 As the ceremony was coming to an end, one of the WWII vets stood up and asked to address the assembled.  He led us in a spontaneous singing of "God Bless America."  It was truly touching.

The veteran's left the courthouse and went down the street to come back in the parade.  A school one block away, let all of its students out and they came equipped with flags and hand-made signs to honor the veterans.  They cheered and waved when the veterans came by. 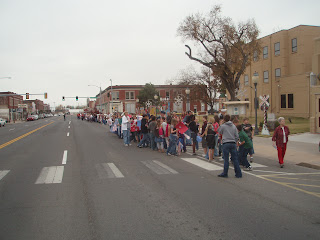 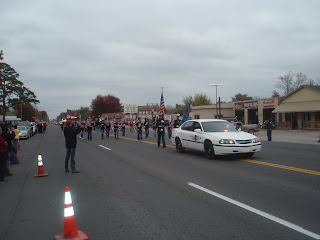 My older daughter, Audrey, played the cymbals in the band. 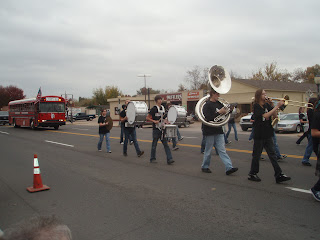 I am really glad to know that people take time to appreciate our veterans. 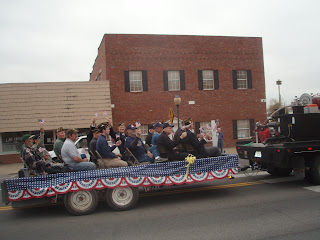