Well, our family field trip had to have a little fun in it, just for the sake of fun, so we decided to go to Frontier City Saturday. To be honest, I was disappointed. First of all, you have to pay for parking! Right in their own park. That is just stupid. Second, the price of admission didn't cover all the rides. There were still many things that you had to pay for separately if you wanted to ride them. Third, the whole "family fun park" theme is no longer valid at Frontier City. They sell beer and alcohol, which people can carry around anywhere in the park. We watched the "Red Hot Country" show and found two out of three songs to be vulgar and inappropriate for children. Don't even get me started about the price of snacks, drinks, and souvenirs. While they still allow smoking in the park, it IS confined to certain areas. So, to sum up, "Been there; done that; couldn't afford the T-Shirt!" I doubt we'll be going back. 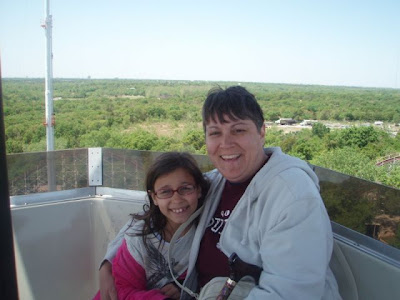 At least the ferris wheel was fun. 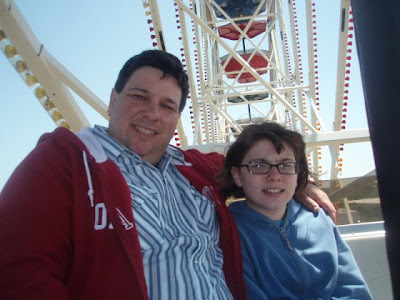 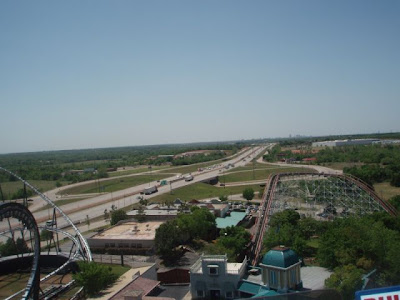 Looking toward OKC from the top of the ferris wheel.
Posted by Rick Boyne at 10:20 AM

I spent a week in OK with my parents about 20 yrs ago and visited Woolaroc, Gilcrease, Indian Town USA, and saw Oklahoma musical at night. Wanted to go to the Fireman Museum, in Tulsa I think. It looked fun. I slept in a tent each night at a state park just west of Tulsa. My tent was about 10 feet from the shore. Great trip.